QR policy and the continuous mistakes of the tourism sector 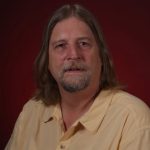 Former college professor and writer from the US. He has been a resident of Costa Rica since 2007.

Representatives of Costa Rica's tourism industry, with the support of the Chamber of Commerce, are once again willing to put everyone's well-being at risk in a misguided effort to make more money themselves.
The latest assault took place last week when representatives of the industry went to court to block the policy mandating that only fully vaccinated adults be allowed to enter most businesses, including hotels, with vaccination status verified by a QR code. Although this is an internationally recognized strategy for ensuring that businesses are as safe as they can be during a pandemic, the tourism industry and the Chamber oppose it.

Their concern is that essentially requiring tourists to be vaccinated will discourage tourism, and thus depress revenues. They point to internal industry data showing that 15% of the tourist reservations were canceled around the time the QR policy was announced, a cancellation rate that translates into a $3 million loss. Bary Roberts Strachan, former vice of the Costa Rican Tourism Institute, added that only 53% of the tourist arrivals this year were vaccinated. The industry fears another year of drastically depressed revenues if the government's QR policy is implemented.

It's also meaningless to extrapolate from the low vaccination rate of tourists this past year to the vaccination rate of potential tourists this coming year. At the peak of the 2021 tourist season, only about 10% of the US population, Costa Rica's primary tourism market, was vaccinated, simply because vaccines were not yet widely available. Today that number is about 60% and rising. Among adults in the US (Costa Rica's vaccine requirement doesn't apply to children) the proportion fully vaccinated will soon reach 75%. These are a lot of potential tourists for whom a vaccine requirement is not an obstacle to vacationing in Costa Rica--and may even encourage it.

But suppose that eliminating the vaccine requirement for tourists would increase tourist arrivals by about 15%, the percentage of cancellations the tourism industry attributes to the vaccination requirement. Out of perhaps a million tourist arrivals this coming high season, we could therefore expect that about 150,000 wouldn't be vaccinated. At the dubiously low infection rate of tourists of one in a thousand that even the Minister of Tourism, Gustavo Segura, admits to, we could therefore expect about 150 infected tourists. These infected tourists would in turn infect citizens and residents. If we assume, thanks to widespread vaccination rates in the country, that the contagion rate among citizens and residents would be very low, say only about 0.5, we could expect these 150 tourists to be the source of infection for about 150 citizens and residents after the contagions run their course. Out of these 150 infected citizens and residents, one or two could be expected to die, another three or four to suffer from debilitating long-term symptoms, and perhaps ten to require hospitalization at a cost to taxpayers of tens of thousands of dollars.

This, though, is if the outbreaks of infections caused by tourists are well contained. There is no reason to expect that they would be. Tourists regularly go out to public places, most of which employ a lot of service workers, while locations that attract tourists are a crossroads of visitors. No matter how safe tourism operators keep their businesses, these locations are inherently risky during a pandemic. An outbreak in a tourist destination can easily become a superspreader event, and there are countless examples of this occurring.

This wouldn't be the first time that Costa Rica's tourism industry sparked outbreaks, either. Inadequately regulated tourism was the cause of both the May and September waves. The issue in both cases was the industry's successful lobbying against testing tourists prior to arrival. This objection to testing (which almost every other country in the world was doing) allowed more dangerous variants of the virus to enter Costa Rica faster than they otherwise would have. In turn, the country was decimated by waves of infections and deaths that could have and should have been prevented by testing tourists prior to arrival.

The first death from a breakthrough infection reported in the press in Costa Rica was of a doctor who died during the peak of last year's tourist season. He was found to have been infected by a then-deadlier variant of the virus that originated in the US state of California. Had the tourist from California who brought the variant into Costa Rica simply been tested prior to arrival, this doctor would still be alive. His is the first death that can be pinned on the irresponsibly unregulated tourism industry.

There have been many more. As a concession to the tourism industry, the government gave public employees the entire week of Semana Santa off. The idea was to encourage domestic tourism. It was a terrible idea when superimposed on untested foreign tourists bringing in more contagious variants. The vacationing public employees spread the new more contagious variants from the tourist centers throughout the country. The wave that crested in May and left hundreds dead was the direct result.

By July, Costa Rica was threatened by the arrival of the still more contagious Delta variant. Simple math showed that the country couldn't vaccinate fast enough to withstand the quick arrival of this variant. The only way to prevent another wave was to slow the arrival of the Delta variant, and the only way to slow its arrival was to test tourists prior entry. Healthcare workers advocated for testing, but the tourism industry once again objected, fearing that a testing policy would depress revenues. The industry won that political battle too, and the September wave was the direct result. Hundreds more died needlessly.